Is your brain ageing before you?

Our brain, starts ageing in our early 30s, but with modern lifestyle, and processed food, we accelerate it the ageing process significantly. Joking about forgetfulness today may have dire consequencess tomorrow.

I am most keen and anxious about my brain health. Trying to do everything possible to safeguard it from the daily mental decline we go through. I refuse to be a victim to deteriorating memory, and the fear of becoming dependent on others for basic daily needs.
I know it all sound overwhelming, but fortunately, we can do a lot about it and fight the serious symptoms of brain mental decline that we laugh about every day such as; stopping in mid conversations, forgetting what you wanted to say or stumbling with words, suffering lack of concentration and fogginess. If you are constantly feeling distracted, “switched off” or anxious  means your brain is ageing. Our brain naturally, start ageing in our early 30s, but all these signs are accelerated by our modern lifestyle, processed food, and factory farmed meet.

We read everyday articles promoting food to a smarter brain. Is there such a thing? How much blueberries or fish do we need to eat to get smarter?! This is wishful thinking.. But Indeed the quality of food, the timing, and the environment can increase our intelligence, as much as it can decreases it.

1- Pesticides and herbicides used on fruits, vegetables, and grains
2- Mobile phones radiation which can disrupt the DNA of the brain cells and cause brain dysfunction

4- Food high in sugar, and high fructose corn syrup has shown to cause brain shrinking
5- Artificial sweeteners, triggers brain cells death
6- GMOs in vegetables and processed food cause “brain rancidity”.
7- Aluminium in deodorant, and antiperspirant can cause toxic and heavy metal build up in the brain
8- Alcohol consumption (even in moderation) damages brain neutrons
9- Smoking causes, thinner brain cortex which Leeds to cognitive disfunction’s and effect memory loss.

A high percentage of people suffer from nutrient deficiencies, and sugar overload.
Everything we eat affects our brain’s performance whether it’s bad or good. This is how: food energy goes to blood, Same energy and blood travels to the brain via blood vessel. In another way, diet and life style has a profound impact on the brain, not only in how much we eat from one type of food or another but In how clean the food in our blood stream is. Which means maintaining a clean supply of nutrients to the brain will also stave off brain disorders such as depression and dementia .
The food that nourishes our intelligence and makes our brain functions at its very best, believe it or not, is fat and sugar. But please do not go and smuther yourself with Chocolate spreads, or order a double Mac for the excuse of feeding your brain! Trans fat such as those found in fast food can decrease cognitive ability and in another word make you “dumber”. It is mostly good fat and good sugar in’addition to managing stress levels, good quality night sleep, and exercise.

The other catch is; feeding on these “fats” and “sugar” on regular basis. Our brain needs from us a “steady stream” of vitamins and minerals, amino acids, essential fatty acids, and glucose from complex carbohydrates.
Finally, keeping your heart pumping and your circulation running fuelled with the right energy is just one step closer to improve your intelligence as well.

Our brain is the body’s second-highest deposit of fat, and consumes about 20% of our body total energy. The brain cells crave  fatty acids, known as omega-6 and omega-3.  We usually have enough omega-6 acids from other food, but it is essential to consume more omega-3 fatty acids. An Australian study, found that children who drank a beverage with omega-3 fatty acids for six month, received higher scores on verbal intelligence and memory tests compared to children who didn’t have the drink. These omega 3 acids strengthen the brain’s synapses, which provide the pathways for neural communication, learning and memory.

The best source for Omega 3 is fresh water fish, walnuts, hazelnuts, flaxseed and kiwi. On the other hand, omega 3, deficiency may cause brain disorders such as dyslexia and schizophrenia.

2- Glucose
The brain is the only organ that converts nearly all its energy from glucose. But it is very crucial that the glucose supply to the brain, should be steady. That means no skipping meals. It also means you should avoid a cheap source of glucose, like refined sugar. The effect of refined sugar will give you a quick high and a slumping low in terms of glucose levels. To avoid this ups and downs, you should consume food that slowly releases carbohydrates ( which is sugar) into the bloodstream, such as fruits, vegetables and legumes. Foods containing refined sugar and white bread just give you the damaging sugar rush.

5- Folic Acid
Folic acid is essential for brain functions. Vegetables and fruits, such as spinach and oranges, probably has the highest ranking in folic acid but it is abundant in others such as broccoli and asparagus.

6-Turmeric
Load up your intake. India has very low Alzheimer’s ranks, might be all down to turmeric.

7- Antioxidants
Free radicals destroy brain cells. In general, Fruits and vegetables are full of the antioxidants that can fight those free radicals. Stock up on grapes, they are one of the richest in antioxidants.

1- Pure USP grade Ginkgo biloba
Native to the East, but in one year only, doctors in west Germany prescribed it to 5.24 million people. Ginkgo shows promise for treating dementia and Alzheimer’s patients, however, it can help patients with learning and memory, daily activities, depression, anxiety and aggression.
Ginkgo reduces the symptoms of ADHD in children’s and teens as well as improves short- term memory in senior people. On the flip side, Ginkgo can react with blood thinning medications such as (warfarin) and aspirin, and with other medications for, high blood pressure, diabetes, seizures, or depression.
Ingesting fresh seeds can be lethal. Known Ginkgo side effects; headaches, nausea, dizziness, and diarrhea.

2- N-Acetyl Tyrosine
An amino acid known to lower cortisol levels in the brain during mental and physical stress. It is used by professional athletes as well as the U.S Air force to keep fighter pilots alert and ready for action.

3- L- Theanine
Also native to Eastern Asia. Dr. Anna Nobre, at Oxford University found in a brain scan for the focus centres of the brain lighting up and becoming active after a single dose of L- Theanine.

5- Rhodiola Rosea
There are few studies around to support this brain nutrient, one of them showed a 100mg of Rhodiola rosea results in significant, fast reduction in mental fatigue, and improvement in concentration and memory.

The too much acid reflux enigma, is actually a low acid dilemma

3. How to maintain healthy gut flora for good!

The real cause of premature ejaculation and real...

Eating farm-raised fish is dangerous for your heath

1.Guts are the roots of all ailments and...

Are you Zinc deficient?

Aloe Vera Interactions and side effects

Dangerous side effects of Botox

DIY Test for Low Stomach Acid to do...

You are what THEY eat 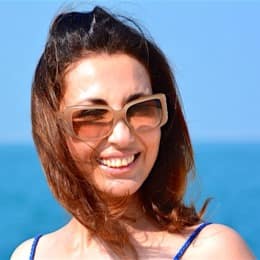